Surely, if you have been interested in the French Way and its stages, you have heard the phrase “Santo Domingo de la Calzada, where the hen sang after being roasted”

The miracle of the rooster and the hen

It is said that it was the 14th century when a young man of German origin enjoyed the Camino with his parents. During one of his stages they stayed in a shelter, where he was tempted by one of its workers, whom he rejected.

To take revenge, the girl hid a piece of silver in the young man’s backpack and later accused him of having stolen it.

When the young man and his parents were going to continue their journey the next morning, the accusation had already been made and justice was delayed because, indeed, the young man had committed such a crime. He was accused and sentenced to hang.

Nothing could be done to prove his innocence, so the boy was hanged.

The parents wanted to say goodbye to their son’s lifeless body but, to their surprise, he spoke to them confirming that he was still alive thanks to his parents’ prayers to the Apostle.

When the parents wanted to tell such a wonder to the mayor of the city, he laughed and, making fun of them, he replied “your son is as alive as this rooster and this hen that are on my plate and that I was about to eat”

It was at that very moment that the birds got a cluck off the plate, thus leaving the mayor and the Germans speechless.

These events occurred in Santo Domingo de la Calzada, in La Rioja. Hence, the famous phrase with which we began this post.

Thanks to this history, today this is a mandatory stop on the Camino for anyone who travels through that area. In addition, it is currently presented as a Set of Artistic Historical Interest.

What other myths do you know about the Camino de Santiago? Do you give credibility to some of them? 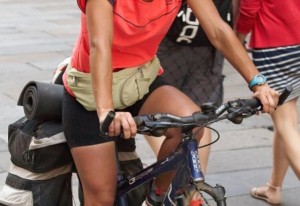 5 tips for cycling the Camino 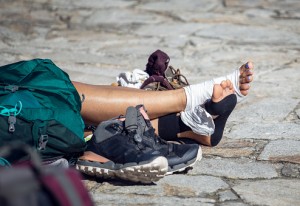 Keep your feet safe during the Camino 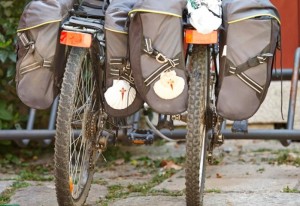 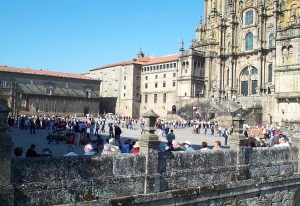