Surely you have heard of the best-known paths that lead to the cathedral, it is even likely that you have dared to walk one of them. Also that you have ever thought about it. But today we want to tell you about some of the curiosities that surround it:

Do you know what the first Path was and who traveled it?

Obviously, we are talking about hundreds of years ago and all this information is based on legends and assumptions. And for this reason, based on the legend, we can say that it was the year 829 when a shepherd found a sepulcher in a lost place in Galicia. This shepherd told Bishop Teodomiro about his discovery, who immediately transferred it to King Alfonso II the Chaste. The latter decided to reach the tomb by the road that linked Oviedo with Galicia, this route being considered the Primitive Way, and the oldest of all.

As for the first pilgrim, it is also somewhat complicated to know, but according to the writings, this title is held by the Archbishop of Le Puy. It is believed that during the year 950 he traveled from Aquitaine. The truth is that he was a great promoter of the Camino, because after this there was an important stream of pilgrims who traveled the Camino Frances.

Do you know what the origin of the botafumeiro is?

Perhaps you are waiting for a great answer, with a lot of history and closely linked to religion. Nothing could be further from the truth. And it is that the botafumeiro was installed in the fourteenth century in the cathedral to be able to hide the strong smell left by the pilgrims after long stages.

Today, this huge artifact weighing more than 60kg and whose height reaches 1.60m, is used to enhance the religious ceremony.

A total of 12 times a year the botafumeiro is brought out to work (9 fixed dates and 3 that vary depending on the year):

-January 6 (Epiphany of the Lord)

-July 25 (The Martyrdom of Santiago)

-August 15 (The Assumption of Mary)

-November 1 (All Saints’ Day)-Feast of Christ the King

-December 30 (Translation Ceremony of the remains of the Apostle)

Despite the fact that the name “compostelana” has spread among the majority of pilgrims, we are facing an erroneous term as well as non-existent (well, sorry, a compostelana is a woman born in Santiago). The correct name that we must give it is Compostela.

This is a document issued by the Pilgrim’s Office upon your arrival in Santiago, as long as you certify that you have completed at least the last 100 km of the Camino on foot or the last 200 km by bicycle or horse.

Yellow dates and their origin

We all associate the Way with yellow arrows that indicate the route to follow. In fact, many of the souvenirs that you can buy near the cathedral include this symbol. But it is curious, since its origin is very recent. It dates from the 1980s, when Elías Valiña and Andrés Muñoz, promoters of the Camino, began to paint them to make the route easier for the rest of the pilgrims.

Do you know which is the most traveled road? And the highest point of the Camino?

The French Way is, without a doubt, the most chosen to make the pilgrimage to the tomb of the Apostle. Specifically, the data confirms that the most popular starting point is Sarria. In fact, this town is the one with the most hostels per square meter.

As for the highest point, it is also on the Camino Frances. It will be in Castilla León, at 1500m above sea level, where you will find the Iron Cross.

The truth is that the reason for the construction of this monolith is not known with certainty and today there are three theories: Some say that it was a sign to mark the route, there is the theory that it is a mark to delimit territories by the Romans and, the last account that, as the pilgrims were accumulating stones in that area, it was decided to build this cross.

The truth is that this last custom is still ingrained and you must leave a stone that you have taken at the origin to, thus, be part of the Camino forever. 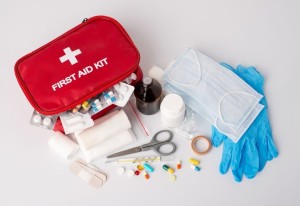 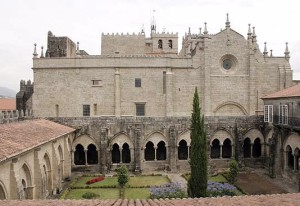 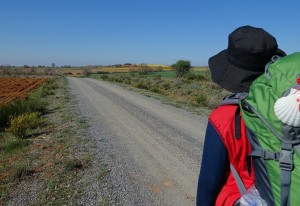 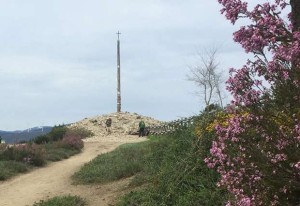 The Cruz de Hierro on the Camino de Santiago